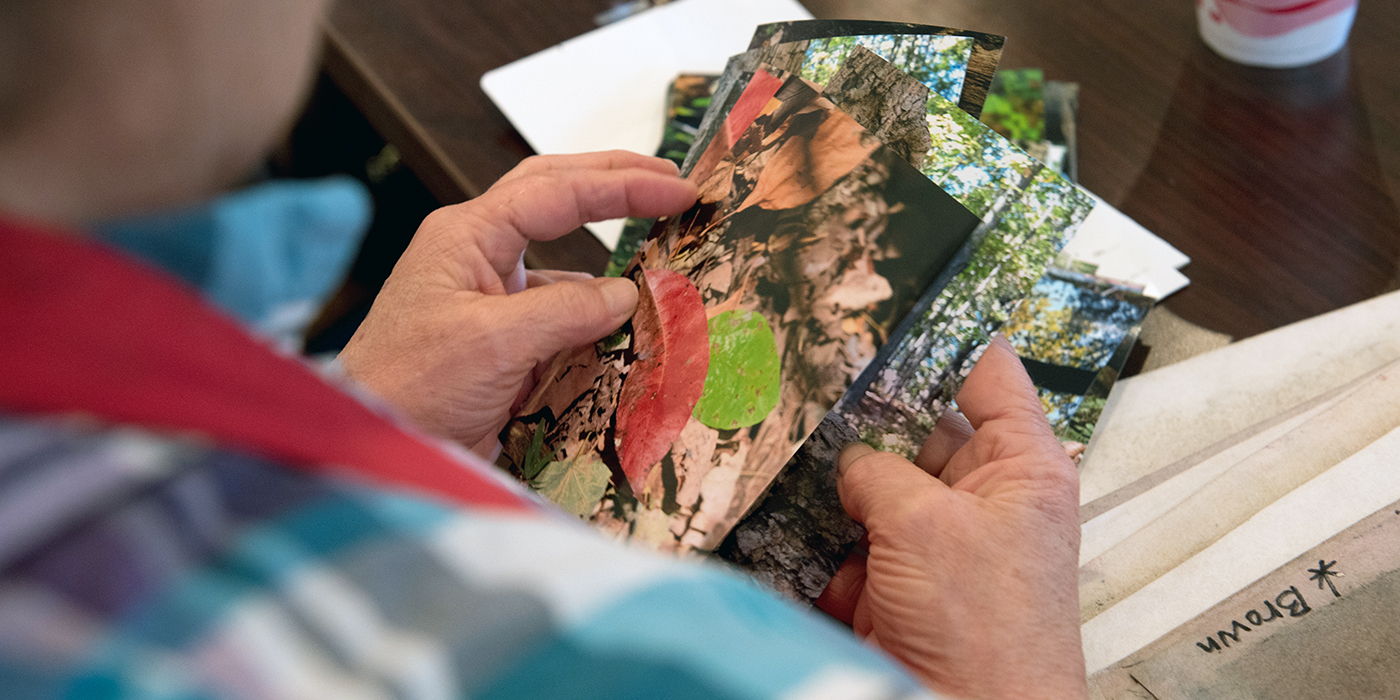 These are honest photographs. They do not put on an air. They share a glimpse of the artists’ communities and families in a humble, quiet way that is nothing short of beautiful. I wasn’t expecting to think about Athens, Ohio, when I agreed to jury this show. Rather, my thoughts were wound around my own familiar preoccupations with issues of representation and mental health.

I was expecting to think about the artists and their messages, but somehow had forgotten to think about the relationship between self and community as well as self and family. The one thing that differs from my experience and the artists’ experiences are where we live. An empty bed, a television sitting in isolation, the portraits of friends, family, and community members—all speak not only to what it means to be a person living with a mental illness, but the ways in which our own and other’s lives are intertwined, connected, and collective.

Why are these honest images of collectivity and connectivity particularly important for people living with mental illnesses? We live in a world saturated with images of what mental illness supposedly “looks” like. We are no longer surprised by portrayals of people with mental illnesses as violent, isolated, strange, antisocial, deviant, and criminal. Rather, those images have become a norm, not an exception. As a person living with bipolar disorder, I feel a daily impact from the stigmatization resulting from those images. It is not necessarily anything elaborate, but a simple statement or picture that will remind me of “my place” according to dominant representations.

The images I selected for Touching Light challenge those representations through their exploration of the artists’ identities as connected and complex. These are not the over-simplified images produced through popular culture. I was especially drawn to images that didn’t replicate the stage, but created a stage from the everyday, and images that didn’t overtly perform, but rather that demonstrated that we are constantly engaged in a performance. These images succeed not in simply presenting a “positive” image, but rather in presenting a complex image that can be read in multiple ways.

Jennifer Eisenhauer, Ph.D., lives in Columbus, Ohio, where she is an artist and Assistant Professor of Art Education at Ohio State University. Dr. Eisenhauer recently published articles relating to mental illness including, A Visual Culture of Stigma: Critically Examining Representations of Mental Illness and also Admission: Madness and (be)coming out within and through spaces of confinement. Dr. Eisenhauer’s solo exhibition Admission at the Fresh A.I.R. Gallery in Columbus, received recognition from Governor Ted Strickland for “artistic vision to break down the stigma against mental illness and substance abuse.”

This collection of photographs serves as a record of a journey – thirty-eight journeys, in fact.

The thirty-eight artists who contributed to this exhibition are all living with persistent mental health conditions such as schizophrenia, major depression, and bipolar disorder. In the brief time that I have known these artists, I have witnessed the impact that symptoms, social stigma, and negative self-perception can have on daily life. We are living in a culture that does not entirely understand or acknowledge the full range of experience connected with mental health difficulties and recovery. This lack of recognition and understanding can leave people living with these conditions in a state of waiting: waiting to be recognized as more than an illness, waiting for a medication that works for them, and waiting for their strengths and insights to be valued.

When I view this collection of images, I am reminded of everyone’s need to find meaning in the world and to recognize themselves as whole, dynamic individuals who participate in the cycle of giving and receiving.

In order to create these images, this group of artists was challenged to confront the uncertainty of mental health issues. Using the camera, they actively shed light on parts of their lives previously shadowed by illness, on parts of themselves dismissed as irrational, and on a world where their connection has been so fragile. These artists are no longer waiting.

In a culture concerned with what to “give” to those facing mental health conditions, this group of artists reminds us of their own need to contribute – their own need to have power, choice, and expertise. This reminder is expressed here through this compelling group of photographs, which not only reestablishes the artists’ identities as valued human beings, but also gives back to the world in the process.